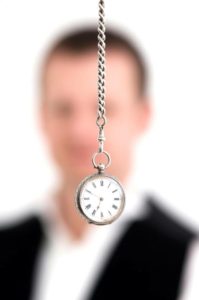 The term ‘hypnosis’ (from the Greek ‘hypnos’, meaning ‘sleep’) was coined circa 1840 by Dr James Braid, a Scottish physician. Healing by trance state (or an altered state of awareness) is among the oldest phenomena known to man and is found, in one form or another, in virtually every culture throughout the world. It could also be legitimately described as the original psychological therapy. Although Derived from the Greek word meaning sleep, the hypnotic state is, in most respects, entirely dissimilar to sleep.

At our current level of knowledge, the phenomenon of hypnosis is described as a state of mind, enhanced by (although not exclusively) mental and physical relaxation, in which our subconscious is able to communicate with our conscious mind. It may be better to define ‘hypnosis’ by what it does rather than what it is and in this regard, it is widely accepted as a most excellent method by which we may access our inner potential. The state of mind referred to may be brought about either by oneself, unaided (self-hypnosis) or with the help of another person. If this other person is a trained professional, who utilises the resultant state of mind to encourage beneficial change to occur, the process is referred to as ‘Hypnotherapy’.

Psychological therapy and counseling is the treatment of emotional and psychological disorders, unwanted habits and undesirable feelings, using psychological techniques alone. The aim of all such therapy is to assist people (usually referred to as clients) in finding meaningful alternatives to their present unsatisfactory ways of thinking, feeling or behaving. Therapy also tends to help clients become more accepting both of themselves and others and can be most useful in promoting personal development and unlocking inner potential.

There are many forms of psychological therapy but Hypnotherapy is distinctive in that it attempts to address the client’s subconscious mind. Analytical techniques may also be employed in an attempt to uncover problems deemed to lie in a client’s past (referred to as the ‘there and then’) or therapy may concentrate more on a client’s current life and presenting problems (referred to as the ‘here and now’). It is generally considered helpful if the client is personally motivated to change (rather than relying solely on the therapist’s efforts) although a belief in the possibility of beneficial change may be a sufficient starting point.

Regardless of the techniques employed, perhaps the most important thing is that a client should expect to feel comfortable and at ease with their therapist. This is of particular importance in Hypnotherapy, in which the value of the treatment is greatly enhanced when there is confidence in the practitioner. Unlike many other psychological therapies, Hypnotherapy is generally considered to be a fairly short-term approach in which beneficial change, if it is to occur, should become apparent within a relatively few sessions.

N.B. In actual practice, most Hypnotherapists will combine hypnotic procedures with other appropriate counseling and therapeutic techniques. Should there be any doubt about the combination of skills utilised in individual cases, the therapist should be asked directly for a further explanation of their preferred methodology.

Who can be hypnotised?

The answer to this question is undoubtedly ‘virtually everyone’. This claim must, however, be qualified by the observation that some are more readily hypnotisable than others and that it will also depend upon one’s willingness to be hypnotised at the time. This willingness will itself depend upon a number of factors, including the strength of the person’s particular need and their trust and confidence in the therapist concerned. A corollary to this question is ‘What level of trance is required in order to achieve a beneficial outcome?’ Although there remains some disagreement over the answer, most researchers concur that the actual level (or depth) of trance obtained does not relate to the beneficial results that might be obtained. In practice, this means that even where a person feels that they have not been hypnotised, given time (and this is a very important factor), the desired outcome of therapy might yet materialise. . Hypnotherapy can be extraordinarily effective but it is not magic. However, if the right ingredients are present, if the time is right and if a suitable practitioner can be found with whom the client is willing to work, then all their (realistic) goals are achievable.

Who may benefit from Hypnotherapy?

Again, the answer to this question is ‘virtually everyone’. Given that hypnotherapy can be utilised to access a person’s inner potential and that probably no one is performing to their actual potential, then this answer is literally true. However, it is not just potential which Hypnotherapy is well placed to address but also one’s inner resources to effect beneficial change. In this regard, it is the innate healing capacity of our own body that may be stimulated by Hypnotherapy. Consequently, the list of problems which may be amenable to Hypnotherapy is far too long and varied to catalogue but certainly includes: stress, anxiety, panic, phobias, unwanted habits and addictions (e.g. smoking, overeating, alcoholism), disrupted sleep patterns, lack of confidence and low self-esteem, fear of examinations and public speaking, allergies and skin disorders, migraine and irritable bowel syndrome (IBS). Additionally, it has proved of value within surgery, where normal anaesthetics have not been practical, in the wider sphere of pain management and in the areas of both sporting and artistic performance enhancement. As an adjunct to other counseling techniques, it can also assist in helping to resolve relationship difficulties and be useful within anger management strategies.

Although there remain many other areas of human suffering in which Hypnotherapy may bring relief, there are instances in which it may be contra-indicated. These include some manifestations of psychosis (e.g. schizophrenia)

People are sometimes concerned that they will ‘lose control’ in hypnosis. However, regardless of how deeply people may go in hypnosis and however passive they may appear to be, they actually remain in full control of the situation. They are fully able to talk if they wish to (or not, as the case may be) and can stand up and leave the room at any time. Neither can a hypnotised person be made to do anything against their usual ethical or moral judgement or religious belief. It is likely that the notion of a loss of control stems from most people’s misconception of stage hypnosis, wherein participants are apparently made to perform all manner of (usually foolish) acts. However, the reader should be aware that participation in a stage act is an entirely voluntary process (thus ‘permission’ is already given to the hypnotist) and that there can be no such volunteer who is unaware of exactly what they are letting themselves in for!

Neuro-Linguistic Programming, NLP, has discovered how people learn, how they think; how some do things excellently, and how to replicate their success. NLP is the difference that makes the difference between those who excel and those who only get by in the way they communicate, their relationships, in how they motivate, influence, negotiate, lead, and empower.

NLP (Neuro-Linguistic Programming) enables you to achieve personal goals more quickly and effectively than ever before. In other words, you can do more of what you want, know more, get more and, especially, be what you want.

NLP will show you the way to:

For more about myself as a Hypnotherapist, click Kris von Sponneck.